The California Apartment Association and its members have defeated a bill targeting the right of landlords to leave the rental housing business.

Thanks to the association’s advocacy efforts at the Capitol and a member-driven letter-writing campaign, Assemblyman Alex Lee, D-San Jose, today declined to bring AB 854 forward for a vote on the Assembly Floor, rendering the bill dead for 2022.

The move suggests Lee lacked the votes needed to advance his proposal to the Senate.

AB 854 proposal would have prohibited rental housing providers from using the Ellis Act to terminate tenancies and exit the rental market until all owners of the property have held their ownership interest for five years or more. It also would have prohibited owners from attempting to ever remove a second building from the market.

The bill also would have prevented new owners of a rental property from using the Ellis Act to move into their new home. At the same time, longtime owners, including those needing to exit the business because of financial distress, would have had a difficult time selling to potential buyers who want to move into the property.

Over the past few weeks, CAA members have sent thousands of emails to Assembly members urging them to reject AB 854.

“Today shows just how important your voice is at the Capitol,” Carlton said. 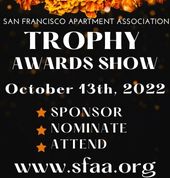